This Bond order trick is very useful for students and educators. From now on you don’t have spend more time on solving bond order questions. Before seeing about Bond order tricks, you must be familiar with 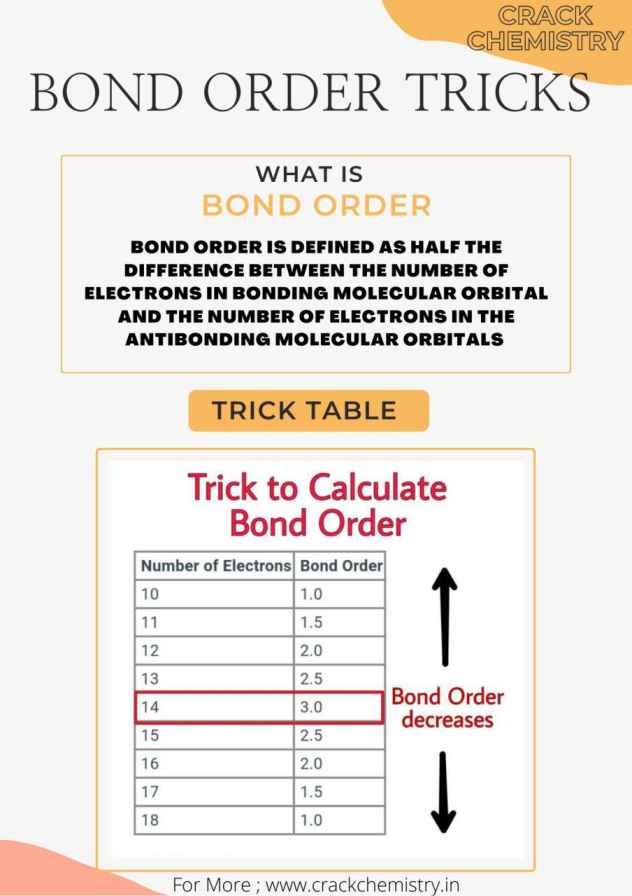 The bond is usually refers to be electrostatic attraction between two ions or elements via two electrons is called as Bond.
Did you think that elements love sharing ?
Well, yes
They always love to share their electrons to get their Octet State
Bond Order :

To do this trick,You must familiar with this Table.

Calculate the Number of Electron present in Given Species :-

Things to deal with Charged Species :-

Now, Compare the number of electrons you found and table
You can find out the Bond Order
Example :-
For 16 electrons of O₂
The Bond order is Two.

In this above table,

By using this trick, You can also predict the Magnetic Properties of the Particular Atom, Molecule or Ion.

Example :-
•   For O₂ molecule we have find earlier that it has 16 electrons.
16 is an Even Number so it is Diamagnetic Character.
•   For O₂⁺
It has 15 electrons.
15 is an odd number so it has a Paramagnetic Character.
Exception in Magnetic Properties :-
For This two set of electron counts there is an exception.
For this two even counts of electrons,the magnetic Properties is Paramagnetic only 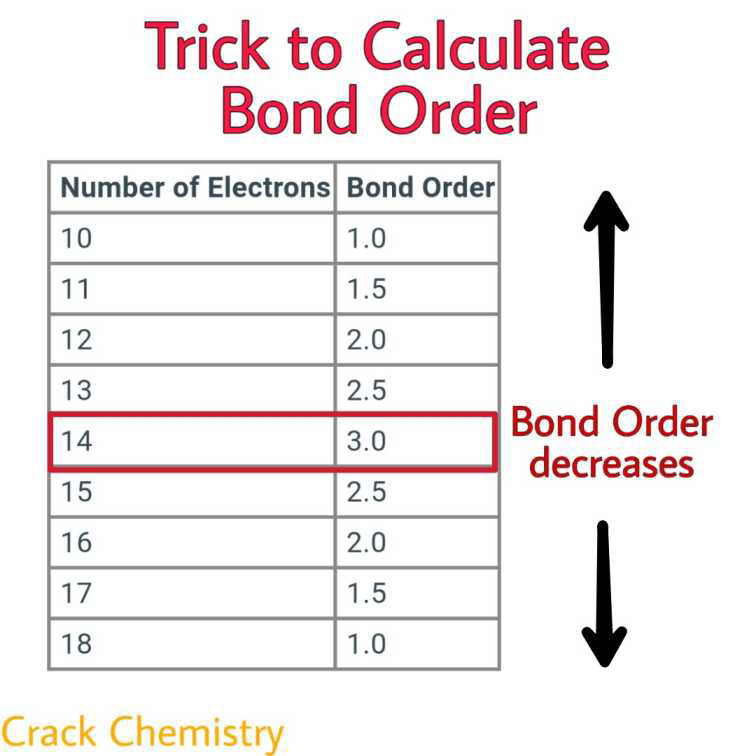 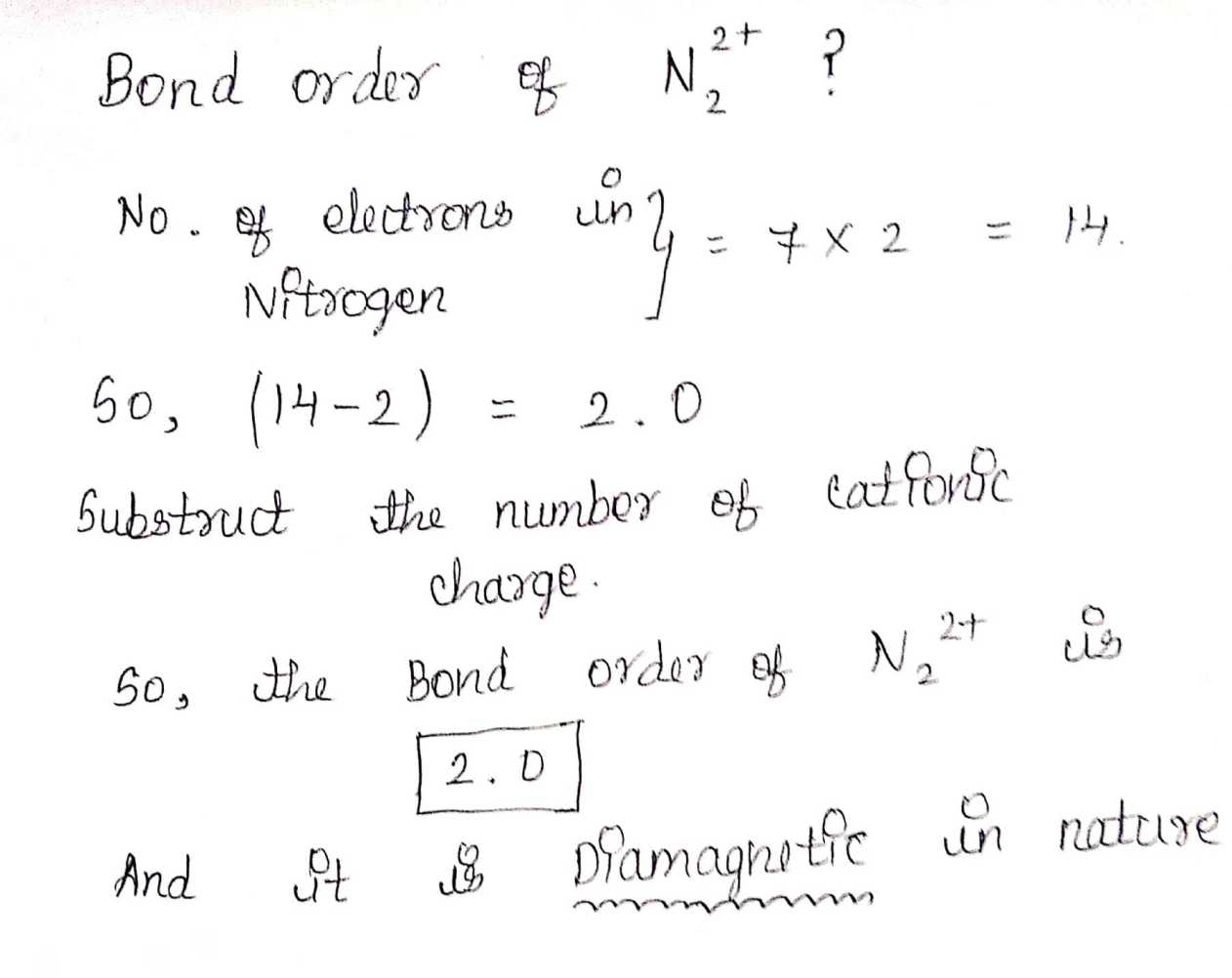 I hope this kind of workout helps a lot.
Comment if you have any doubt (or) extra details regarding this topic
Also Read : Reformatsky Reaction
Crack Chemistry – Do Follow