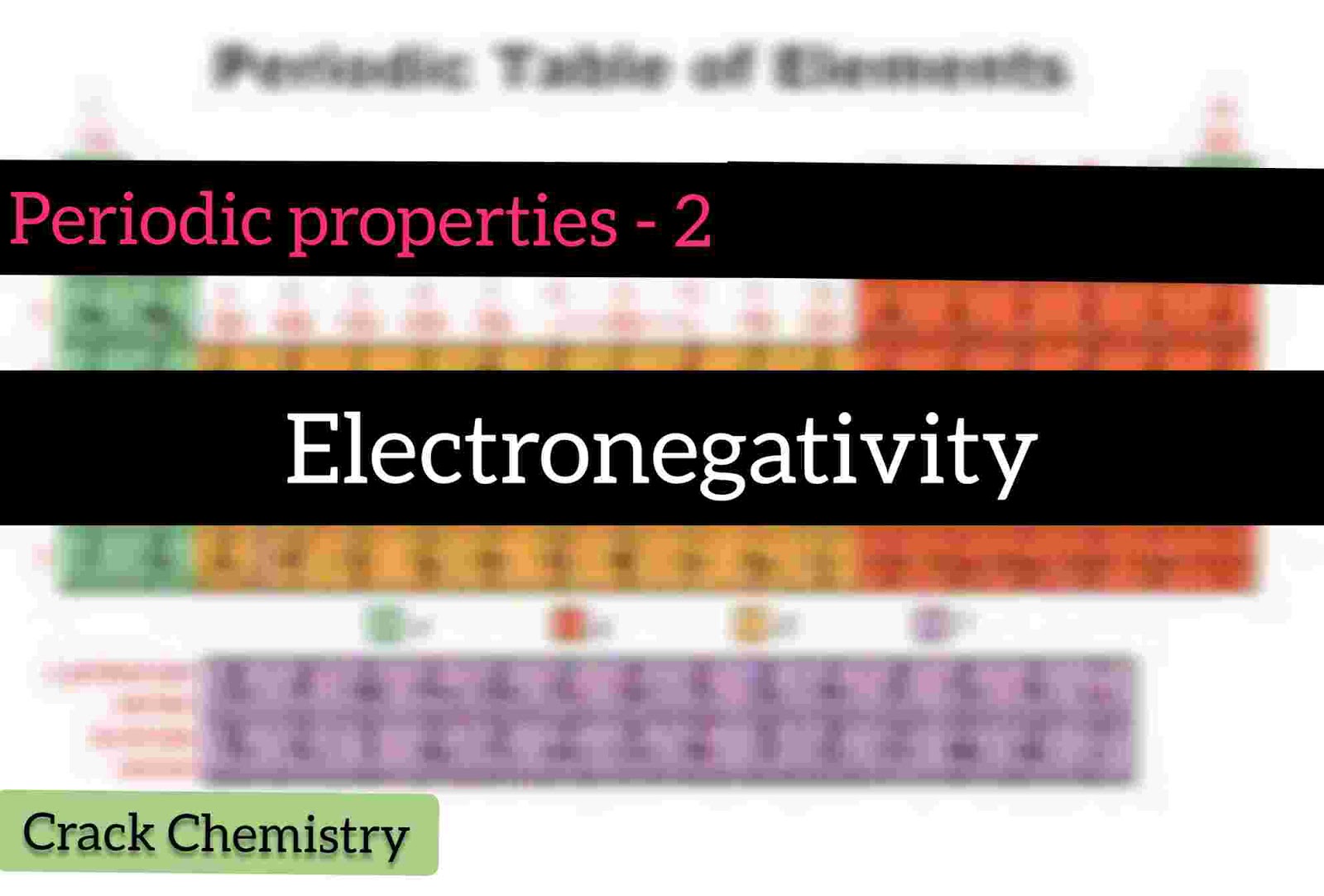 It is also an important Periodic Table of elements property. The Electronegativity (EN) tells a lot of characteristics of an element and it also important criteria in formation of molecules.
In previous post, you have learn about Atomic size/Atomic Radius of Atom. But Now we are going to see about an element makes bond with another element, its other qualities are surfaced and it behaves differently in response to the changed Environment

Electronegativity (EN) : (Across the Group)

Electronegativity (EN) : (Across the Period)

When going left to right across the period,size of the atom/element is decreased but also increase in the number of protons that makes stronger nuclear charge.As the number of orbits are remains same,it gets easy for nucleus to attract the bonding electrons.So Electronegativity (EN) Increases by across the period (Left to Right)

In the smaller atom orbits are arranged closely to the Nucleus as compared to the larger atom. So the Nucleus can attract the bonding electrons effectively. So the Smaller the size of atom larger will be the Electronegativity.

Higher the nuclear charge, it can attract the bonding electron effectively.